My Pittsburgh Lady Lawyers often deal with people who are victims/survivors of domestic abuse. I can write about those situations, because as a lawyer, I represented many of those people–both male and female. Most often, though, they are women. Women like the one in this article.

I’ll never forget the one who came to every one of our Blossom “how to survive on your own” classes but refused the celebratory flowers we gave out at the end because she couldn’t take it home. He’d beat her for it.

The legal system does feed into an abuser’s control. As lawyers, we could never promise that someone would be safe. Or that kids would be safe. The double-edged sword of knowing the kids were endangered but being too afraid to report it–and then have children’s services swoop down on you for failure to protect when you finally told someone.

It’s happening in your community right now, wherever you live. This writer tells the truth–I’ve seen many flavors of it. Read this. All of it. Then speak up for those who need help. 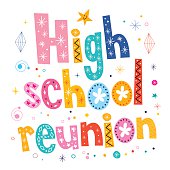 Welcome to the new website! My old one was hacked earlier this summer, and it’s taken awhile to get the energy to try again. But here we are! Please add the new address to your bookmarks–remember the hyphen!!

While I am able to replace the content I had created, sadly I have lost many wonderful interviews with sister authors, and many connections I’d made. I apologize to those who are linked to the old site. I suppose we’ll have to do interviews of your new books! Hit me up.

In the meantime, I’m writing again, waiting to hear from publishers, and looking forward to more years of authoring. Thanks for coming along with me on the ride.  🙂