While I like to write romantic suspense, sometimes a story comes to me that is less about love and more about  good people in bad situations.

That was the case with ENCOUNTER.

Teo Haroun and the other lawyers in his firm look forward in varying degrees to the retreat at the Sherman Ranch in northern New Mexico. The boss has laid down some rules—no phones, no computers, no communication with the outside world—that makes them uneasy. But the corporate team-building exercises are necessary for this firm to survive its inner sniping and turmoil—and to protect the secrets they hold.

Inez Suela and thirty other Mexicans have paid a coyote hundreds of pesos to take them across the border into the United States, where they hope to make a better life. The crowded truck heads north into New Mexico to meet their local driver, the occupants unaware that a freak March snowstorm is waiting in its path.

I was asked a few years ago by Alliteration Ink Press to be part of a short story collection that had a very interesting premise.

Sidekicks: We know them, and we ignore them. They sit courtside, they wait in the shadows, they ride on the coattails. They have nothing to offer.
Or do they?
Heroes and heroines perform world shaking deeds, but sidekicks? Sidekicks are the unseen glue holding those powerhouses together. They are the backbones. They are the voices of reason.
It’s long past time for them to shine.
Here, the fangirls, the trusted associates, the loyal assistants, and the imperiled wards have their moment in the spotlight. Join them as they shake up the world in unexpected and understated ways.
Let the heroes sit this one out. Celebrate the Sidekick!

My story is entitled A RECIPE FOR SUCCESS, and tells the story of a very ambitious second-in-command at a bakery. The other stories are great, too!

I was invited again to be part of a short story collection, and this one was for Christmas. The proceeds go to fight domestic violence and help its survivors, which I always find to be a great cause. 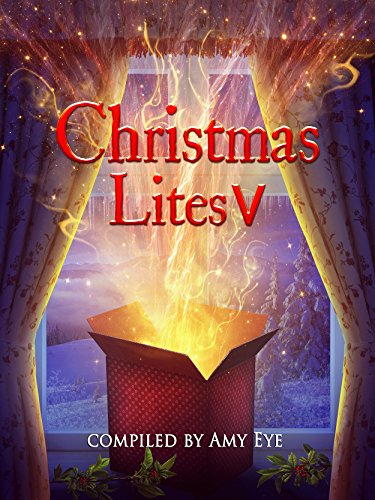 My story is titled KEEPING CHRISTMAS and tells the tale of a long time minister who is about to give his last sermon on Christmas Eve, before his retirement.

But the lesson awaiting him for the holiday takes place far from his church and much closer to home.